In the often tiresome patois of “edu-speak,” where hours are spent debating the merits of backwards design or assessing if vertical alignment is being achieved across a department, there remain two seemingly simple words more common to the teaching vernacular than any others:

Yes, these two words have come to define the secondary education scope: Teach students the standards, and do so by targeting the skills embedded within each.

However, along with this pedagogical mandate comes a serious dilemma.

Today’s student is expected to learn pertinent 21​st century skills.​ Makes sense, right? We do, after all, live in the 21st century. But what happens when certain skills can’t be taught, not because of teacher or student error, but because a school doesn’t have the resources to do so?

Inner-city schools nestled within behemoth-sized urban school districts face an ostensibly endless list of problems, chief among them being that teachers don’t have everything they need to do the job they’re being asked to do.

Case and point – the 21st century skill known as “technology literacy.” This is an uber-important skill to have as society and technology continue to exist in a state of symbiosis; however, many schools still lack even one fully-functioning area for students to use a compute​r!​

Such was the impasse during my near three-year stint as an English teacher within the Chicago Public Schools system. When I first arrived at my school (located on the city’s South side), we had two computer labs (about 30 computers in each), 30-35 computers in the library, and then (two?) rotating laptop carts that were often impossibly difficult to reserve. This means that, for a school of just over 1400 students, we had roughly 165 computers at our disposal.

When I left, one of those labs had been converted into a classroom (most of its former computers didn’t function anyway), the library seemed to have more broken computers than working, and the laptop carts were indefinitely unavailable.

Too often, we treat student skill deficiencies in inner-city schools as the makings of an educational horror story when, in reality, a brick building can’t be built without bricks!  Many of my students either didn’t know how to type or subscribed to the “T-Rex” method of two-finger button mashing. The majority of my students didn’t know how to format a paper (or​        use basic formatting tools, for that matter), nor did they understand how to conduct appropriate online research.

This was not their fault.

Skills are meant to be practiced, and students can’t practice what they don’t have access to. Getting behind computers was a sporadic luxury, and even then, the typing deficiencies led to a bevy of my students resorting to typing on their phones because it, as one of them told me, “just makes more sense.”

Now, compare this to a position I interviewed for at a Chicago suburban school. When the subject about students’ access to technology came up, I was told with confidence that each student was one-to-one. Easy.

Unfortunately not so much for inner-city schools.

Not only does an anachronistic learning environment stunt students’ growth and preparation for college, it also hurts teachers who want to expand their practices beyond the big, heavy textbook and experiment with new modes of learning.

In fact, a 2015 surve​y conducted by Samsung found that 90% of teachers believe that​  implementing technology in the classroom is important to students’ success. However, 60% of teachers also expressed discomfort regarding how exactly to implement said technology.

As such, the challenges of improving technological equity within inner-city schools are multi-faceted. The lack of technology-based personal development workshops for teachers is certainly troubling, but also a grim reality of many schools’ simple lack of access to new (or any) tech.

This year, Chicago Public Schools announce​d ​a 4-year, $125 million investment towards building better technological opportunities for its students. The expenditure comes from a good place but, like many educational ventures, will not be enough. The first year of the investment calls for $50 million to be spent on improving the equipment available to 12,500 students in 24 of the district’s high-needs schools.

It’s a positive step forward but comes from a district that houses over 600 schools and hosts nearly 400,000 students on a daily basis.

It is an absolute necessity for our students to understand the value of technology and have the opportunity to use it productively from an early age. This means computer class, it means constant access, and it means using technology to enhance critical thinking skills, creativity, collaboration, and anything in between.

It means providing underprivileged students, whose only​  option might be the school that they live right next to, with the same opportunities as those benefiting from a higher socioeconomic status or a school that is flooded with resources.

What’s more, inner-city schools that are hell-bent on data and its correlation to funding should note the benefits of technological access. If there really is no escaping the clutches of standardized testing, then why not take advantage of some of its most valuable practice resources? Such resources, like the College Board’s collaboration with Khan Academ​y, are just​ waiting to be used…

So, what does this mean going forward?

Put simply, district priorities need to be reassessed. School and district leaders need to act upon the notion that teaching young people how to effectively navigate a technology-consumed society is important. States need to act upon the truth that there are hundreds if not thousands of schools with unequal access to such technology instruction. And teachers need, at the bare minimum, enough computers to allow students to see what it’s like to type a collegiate-level paper.

Tech inequity isn’t an easy fix, but it’s a necessary one. 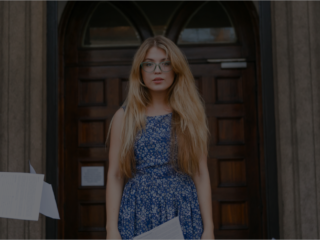