My brother Justin and I are decades apart but share something in common, we lack traditional education. Many students like us have experienced a form of alternative education

A family illness forced me to stay home, and I lost credit early in regular high school. I entered an alternative education program. I graduated, but with extremely minimal instruction. I always felt unequal to kids that went to “real” school.

Justin also experienced being raised in a home without an appreciation for traditional education.  As a child, he was pulled from school in 7th grade for “homeschooling.” Any formal type of education at home never happened.

Numerous types of alternative schooling exist. Homeschooling and alternative education offered by school districts are among the largest options.

“There are resources and programs available to homeschoolers, but accessing those is up to caregivers”

“There are many resources and programs available to homeschoolers, but accessing those resources is up to caregivers, Hentschke said.

Many children are homeschooled.

“There are as many children ‘homeschooled’ as there are in charter schools in the country.  That is over 5 million students,” Senior Lecturer on Education, Harvard Graduate School of Education Katherine K. Merseth said.

Is that good or bad?

“There are horror stories, but there are also many success stories with homeschooling,” Hentschke said.

Justin believes not attending a traditional school was a good thing because he spent his time at home learning whatever he wanted.

“I spent much of my teenage years independently studying topics that interested me and that I felt were truly valuable,” Justin concludes; in which does not surprise Jerry Mintz, President of Alternative Education Resource Education (AERO). “Children are natural learners.  When children can learn freely amazing things can happen,” Mintz said

I experienced curriculum challenges firsthand at my school which leads me to agree with Merseth. I felt the education was poor. Students spent the day talking or listening to music.

I graduated a year late and was awarded a standard diploma. Most of my school day was spent working which is where I earned most of my credits.

Mintz said some alternative programs in existence today give credit to students for working.

“I graduated a year late and was awarded a standard diploma. Most of my school day was spent working which is where I earned most of my credits.”

Hentschke said alternative education has so many variables, and their definitions are up to individual states-not the federal government.

According to the Center for Student Achievement, only 43 states and the District of Columbia have formal definitions for alternative education. https://centerforstudentachievement.org/alternative-schools-just-the-facts/.

That means there is a variety of programs and structures.

“Variations from state to state can be enormous.  There are often huge differences even from district to district,” Hentschke added.

So many variations across state lines and within districts exist because the United States has a unique educational system-decentralized education.

“The United States is in a unique position when it comes to education,” Hentschke said.“Under the US Constitution education is decentralized.”

This means states and districts, not the federal government, make educational decisions. Many regulations, requirements, and standards are in place.

Those same requirements are not often required of alternative programs.

Mintz, an advocate of alternative schooling, said the United States is operating on a school system created in the 1800s.

“Back when schools were created, they did not want kids to have an entrepreneur spirit,” Mintz said. “Schools were created to teach kids to do their job and shut up. Forcing kids to learn what they are not interested in extinguishes creativity.”

Mintz does not foresee the school system changing anytime soon, so alternatives offer students and their families a different route than a traditional school.

The alternative high school I attended was my only option. Without such programs, students in my situation would never graduate. Many students need alternative education, but their school district offers no programs at all.

According to a ProPublica analysis U.S Department of Education Data, in the 2013-14 school year, 2,000 districts in the U.S. offered alternative education. https://www.propublica.org/article/alternative-schools-methodology

At 17 Justin decided to go to school after not attending since 7th grade. No alternative education existed in our small town. The closest was in a neighboring community-with no transportation. He attended for a while, but unable to get there every day, he dropped out.

Justin believes his alternative education is one of the biggest blessings.

“If my mother had taken the typical route and sent me off to a school 8 hours per day, I most certainly would not be as knowledgeable as I am. The environment was just too unengaging,” Justin concludes.

There are positives to his experience, but there are negatives too.

“There were certainly some negatives to my experience with “homeschooling”, primarily as it relates to the long-term development of social skills, but with the growing popularity of alternative education there are more and more opportunities for students to participate in activities locally and online,” he added.

Justin has always felt positive about how he learned.

I’m uncertain the alternative education I received was a good thing. I admit I was not taught the basics of what a high school graduate should know. I learned and continue to learn the basics on my own.

That is why I believe some of the negative labels associated with alternative education. Those labels always made me feel unequal.  I see the major effects homeschooling can have too. 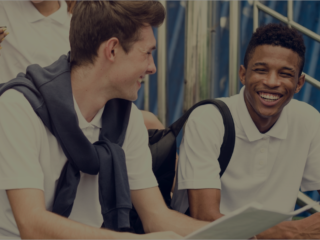 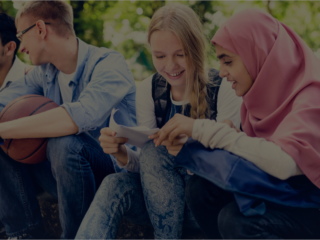